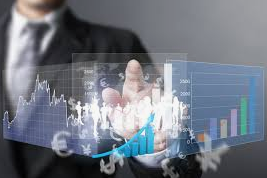 So far, in the previous two articles, we looked at each of the two systems used to analyze currency value in forex currency pairs when traders are assessing trade positions. Most traders see themselves as one type of trader or the other, but successful traders use both methods to varying degree with a bias towards their favorite.

Both of these approaches to market forecasting attempt to solve the same problem; to determine the direction prices are likely to move. They just approach the problem from different directions - the technical trading method focuses more on the value history and uses the current value of a currency in a pair referenced again historical trading ranges and value to give an indication of the likely change and new value that a currency will have in the near future. Currency charting in graphical format is the primary tool. Fundamental trading looks primarily at the primary real market conditions that should determine a currency value now and overlays that assessed 'real world' value on the current market value to see how out of sync the values are, thus indicating an adjustment value change that can be exploited. The other way of trading successfully is using automated forex trading where calculating market trade positioning is done for you.

Put simply, a fundamentalist studies the current cause of (future) market movement, while a technician studies the (historical) effects and hence can focus on market 'psychological' resistance indicators that appear in the past trade charts. Most market traders classify themselves as either technicians or fundamentalists. In reality, there is a lot of overlap between the two. Most fundamentalists have a working knowledge of the basics of chart analysis. At the same time, most technicians have at least a passing awareness of the fundamentals.

The problem (and opportunity) is that the technician's charts of where the price has been and fundamentalist's knowledge of what the price should be are often in conflict with each other due to the lag affect with the market having to react to new fundamental conditions. Major market movement can be created by the more unpredictable affect of the overall psychology of speculators and how they will react (or not react) to market predictions from the market fundamentals when they are in conflict with the past sentiment bench mark pressures on charts.

Usually at the beginning of important market moves, the fundamentals do not explain or support what the market seems to be doing. It is at these critical times in the trend that the two approaches seem to differ the most and also the critical time in which savvy traders can take positions to profit from a coming price movement that has not yet happened. Once analyzed, the issue often comes down to one of skillfully working out timing to take a position and predicted a safe price level to exit a position with a profit.

Usually the market price and fundamental conditions come back into sync at some point, but by then, it is often too late for the inexperienced trader to act while the informed trader has taken advantage of the period when the price and market have been out of sync. If you are new to trading forex and want to successfully trade without having years of experience, this can be achieved using forex robot trading.
Forex 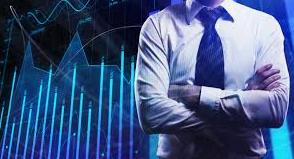 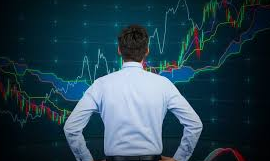