7 Benefits of Garlic For Women and Men

Now in modern times, plant bulbs with the Latin name Allium sativum are known to be efficacious to counteract some diseases. What are the benefits of garlic? Here's a summary 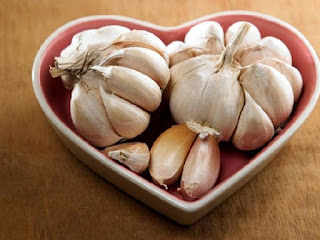 One of the active chemicals that make garlic useful for health is allicin. Quoted from a study in the 2014 journal Molecules, allicin is produced when garlic is crushed or chopped.

According to researchers, the right dose of allicin in garlic can be used as an antimicrobial.

"Depending on the dose, allicin can inhibit the proliferation of bacteria and fungi or even directly kill cells. Also includes strains of antibiotic-resistant bacteria such as Staphylococcus aureus (MRSA) that are resistant to the drug methicillin," the researchers wrote.


Another benefit of garlic, according to the same study, is that it can help lower cholesterol. Researchers from Aachen University, Germany, again attributed this to the active compound allicin in garlic.


In concentrations that are harmless, allicin in garlic can also help control blood pressure. It is known from the analysis of 11 studies that people who consumed 600-900 milligrams (mg) of garlic a day for 12-23 weeks.

The results were quoted from Blood Pressure UK, the average person with high blood pressure had a reduced systolic number of 8.4 mmHg and his diastolic reduction was 7.3 mmHg.


The benefits of other garlic which are also referred to in studies in the 2014 Molecules journal are likely to prevent cancer. This is because allicin is actually in high doses, killing cells, including cancer cells.

However, it does not mean that cancer can be treated by consuming garlic. Further research and clinical trials are needed to prove that allicin is effective in eradicating cancer cells. 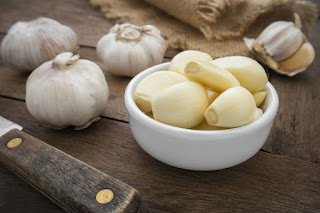 In the 2008 report in the journal Gerontology, antioxidant compounds in garlic were able to help the body fight oxidative stress. When someone consumes garlic researchers find antioxidant enzymes in the body to increase.

With the combination of the benefits of garlic that can reduce cholesterol, hypertension, and free radicals researchers see that the risk of dementia (senility) can also be suppressed.

"Although it needs further observation in humans, there is strong evidence of beneficial health effects of garlic antioxidants to help prevent cardiovascular and cerebrovascular diseases and reduce the risk of dementia and Alzheimer's," the researchers wrote in the journal Nutrition 2006.


The benefits of garlic for women according to a study published in the journal Dietary Supplements 2012 are likely to help strengthen bone density. This is because nipples can increase the production of the hormone estrogen.

Estrogen in the human body has an important role in bone growth and stability.


Previously it was explained the benefits of garlic against oxidative stress, now this can be related to the immune system and it is indeed proven from a study published in the journal Advances in Therapy 2001.

In the study of people who consumed garlic supplements in the can reduce the incidence of colds by 63 per cent compared to people taking a placebo. For those who have had the flu consumption of 2.56 grams of garlic per day 61 per cent can make him heal faster.

Well that's the explanation of the benefits of garlic for our health. THANK YOU.